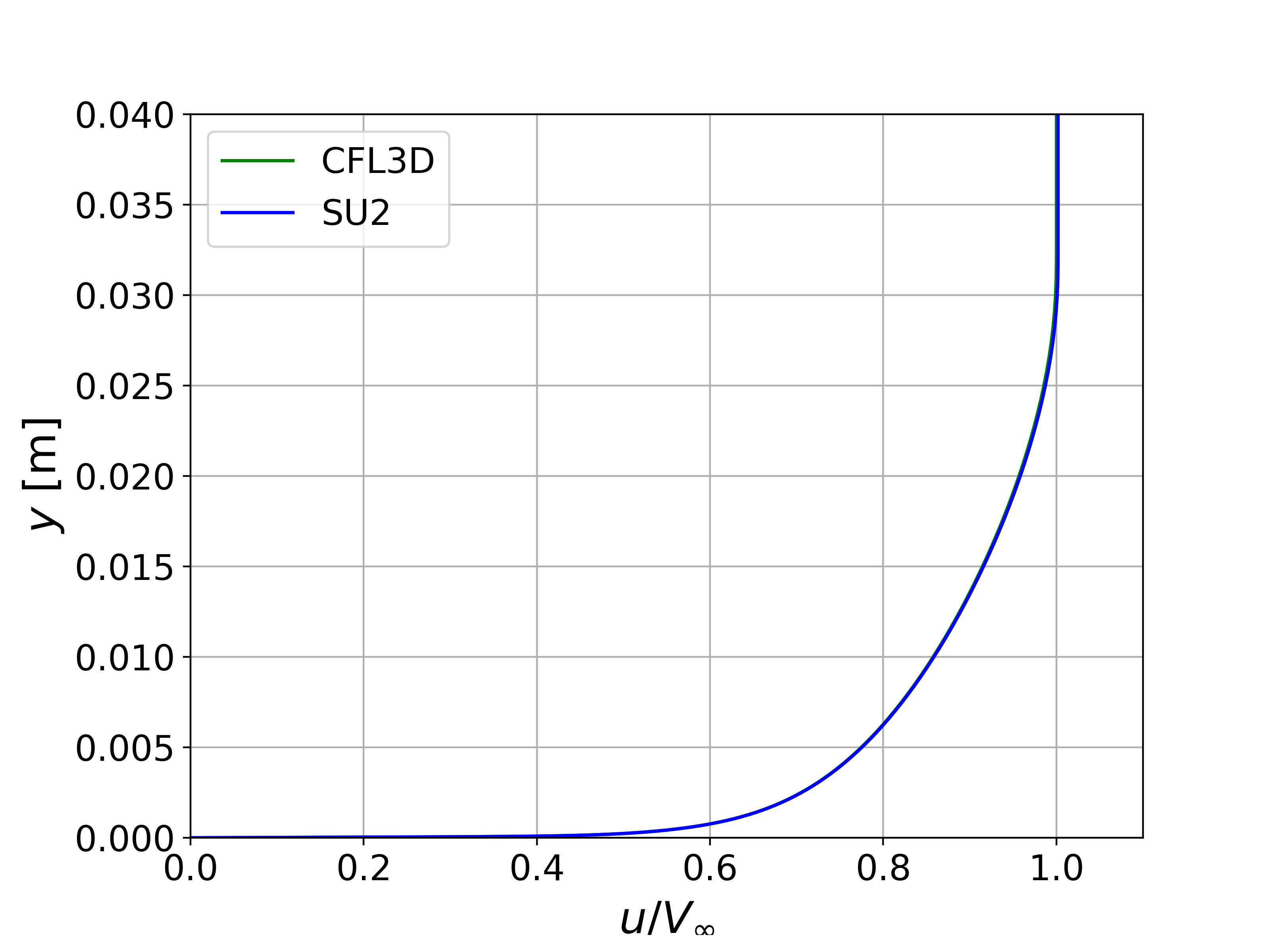 In this tutorial, we perform our first incompressible RANS simulation with the Spalart-Allmaras (SA) turbulence model.

The resources for this tutorial can be found in the incompressible_flow/Inc_Turbulent_Flat_Plate directory in the tutorial repository. You will need the configuration file (turb_flatplate.cfg) and either of the two available mesh files (mesh_flatplate_turb_545x385.su2).

The 545x385 mesh is obtained from the Langley Research Center Turbulence Modeling Resource (TMR) website, Additionally, skin friction and velocity profiles corresponding to this testcase from the TMR are used for later comparison with SU2 results. These files can be found on the following website: http://turbmodels.larc.nasa.gov/flatplate.html.

The following tutorial will walk you through the steps required when solving for the turbulent flow over a flat plate using the incompresible solver in SU2. It is assumed you have already obtained and compiled the SU2_CFD code for a serial computation or both the SU2_CFD and SU2_SOL codes for a parallel computation. If you have yet to complete these requirements, please see the Download and Installation pages.

Turbulent flow over a zero pressure gradient flat plate is a common test case for the verification of turbulence models in CFD solvers. The flow is everywhere turbulent and a boundary layer develops over the surface of the flat plate. The lack of separation or other more complex flow phenomena allows turbulence models to predict the flow with a high level of accuracy.

The mesh used for this tutorial consists of 208,896 quadrilaterals (545x385). A coarser grid (137x97) is shown below for easier viewing. Additional grids for the flat plate in this same family can be obtained from the NASA TMR page.

Several of the key configuration file options for this simulation are highlighted here. First, we activate the turbulence model:

Instructions for running this test case are given here for both serial and parallel computations. The computational mesh is rather large, so if possible, performing this case in parallel is recommended.

If SU2 has been built with parallel support, the recommended method for running a parallel simulation is through the use of the parallel_computation.py python script. This automatically handles the execution of SU2_CFD and the writing of the solution vizualization files using SU2_SOL. Follow these steps to run the case in parallel:

The figures below show results obtained from SU2 and compared to several results from NASA codes. The agreement in all cases is very good. Small discrepancies are apparent in the Cf when compared to the compressible codes in Fig. 4, however, when comparing the incompressible SU2 results for Cf to other incompressible results in Fig. 5, the agreement is excellent. The results here are consistent with the findings of the NASA TMR concerning the effects of compressibility. 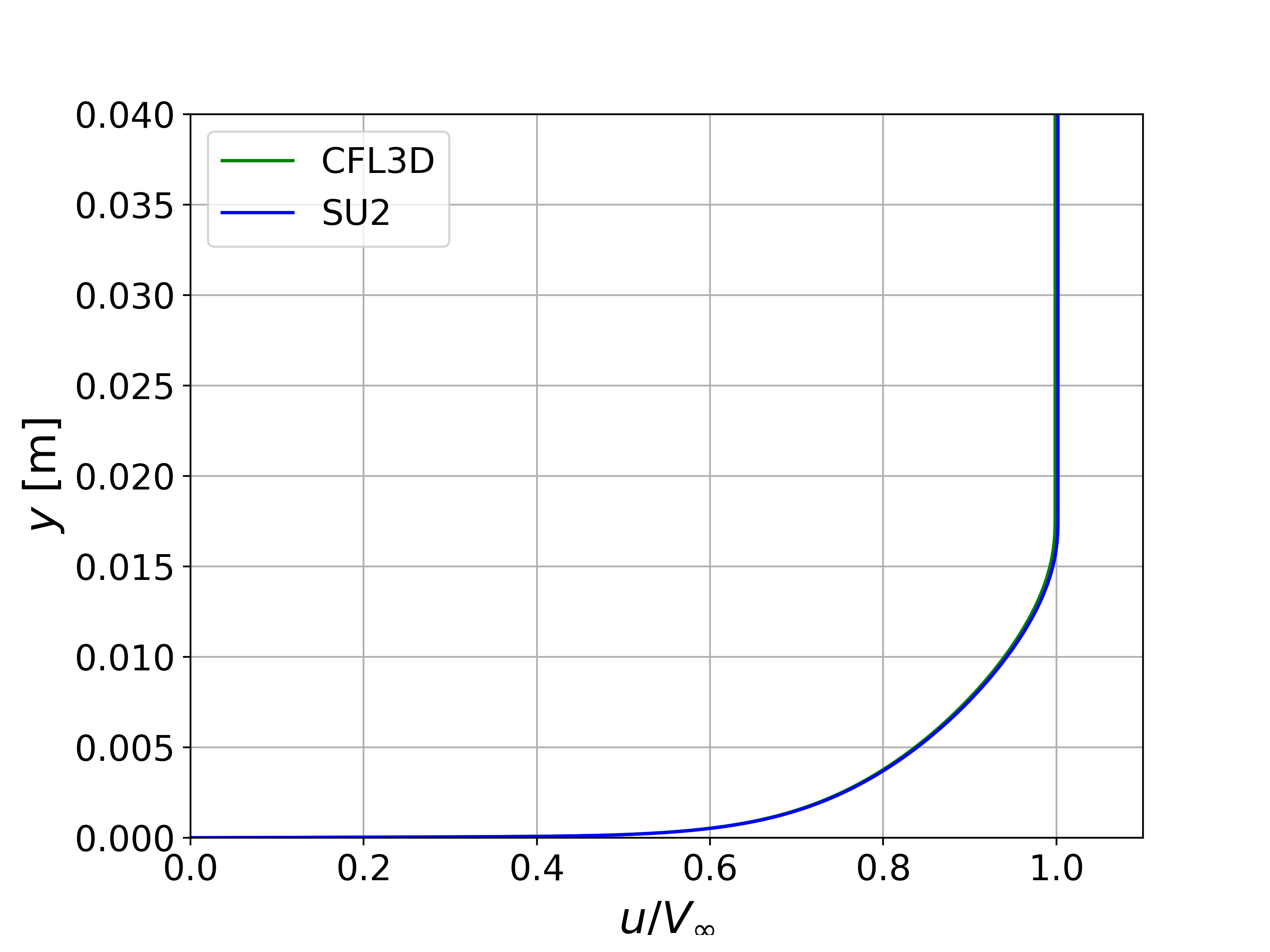 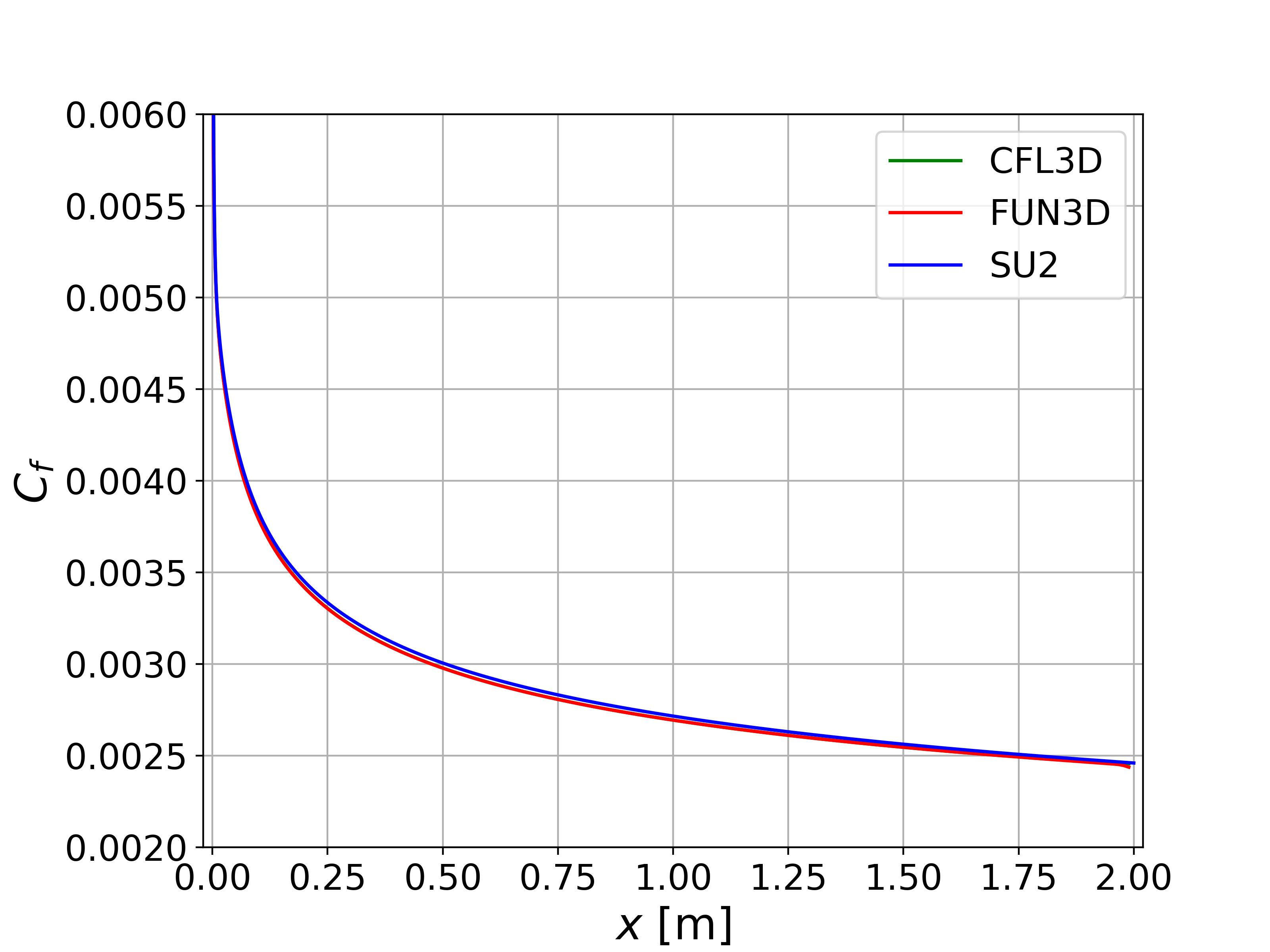 Figure (4): Cf comparison along the length of the plate. 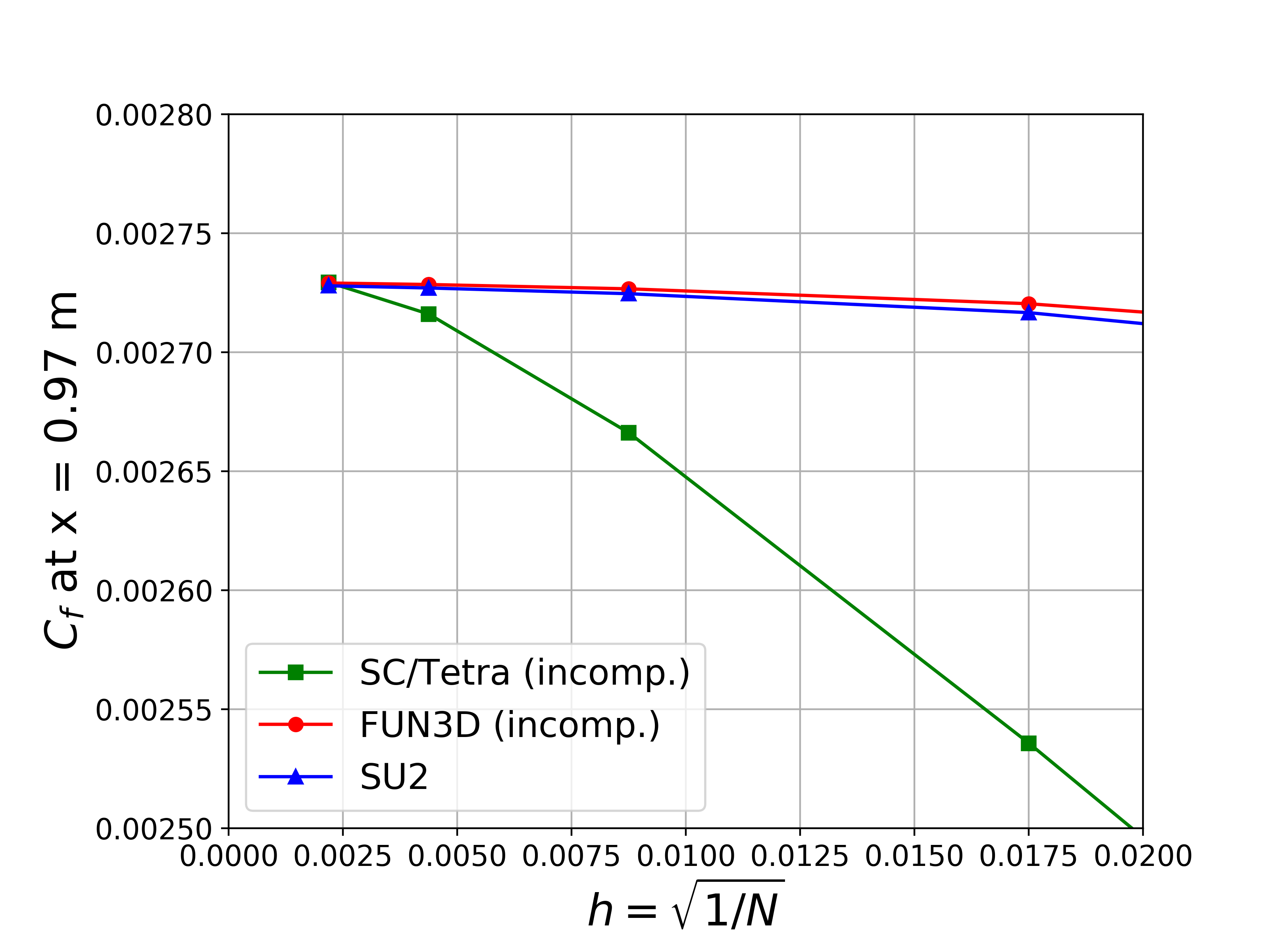 Figure (5): Grid convergence comparison for the value of Cf at x = 0.97008 m for different incompressible codes. h is an effective grid spacing proportional to sqrt(1/N), where N is the number of cells in the grid.