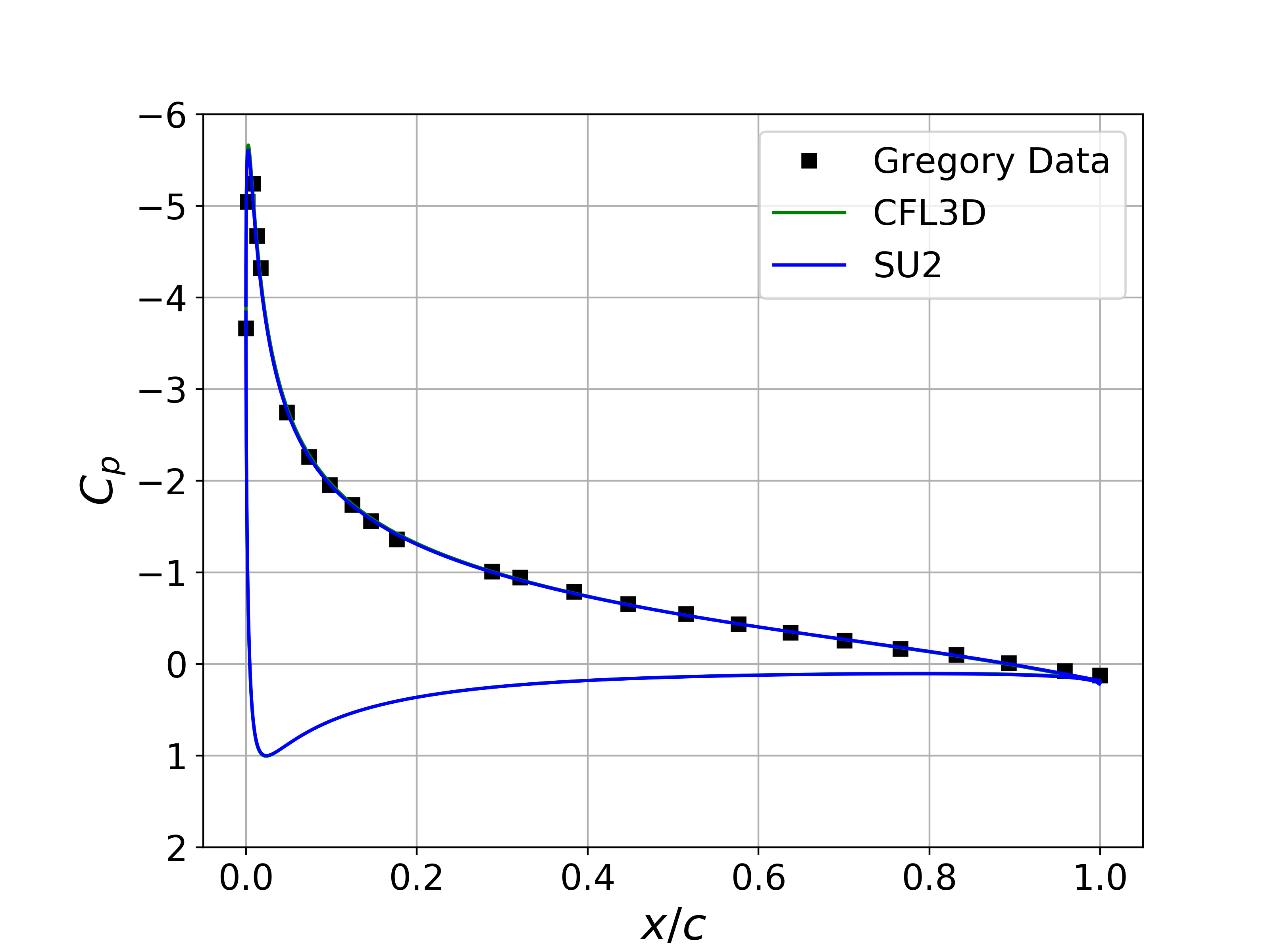 Upon completing this tutorial, the user will be familiar with performing a simulation of external, viscous, incompressible flow around a 2D airfoil using a turbulence model. The specific geometry chosen for the tutorial is the classic NACA 0012 airfoil. Consequently, the following capabilities of SU2 will be showcased in this tutorial:

This tutorial also provides an explanation of the non-dimensional scheme used for the incompressible solver in SU2. We will compare the results against other codes and experimental data for this case.

The resources for this tutorial can be found in the incompressible_flow/Inc_Turbulent_NACA0012 directory in the tutorial repository. You will need the configuration file (turb_naca0012.cfg) and the mesh file (n0012_897-257.su2).

The 897x257 mesh is obtained from the Langley Research Center Turbulence Modeling Resource (TMR) website, Additionally, skin friction and pressure distribution data for the CFL3D code, along with experimental pressure data of Gregory (N. Gregory and C. L. O’Reilly. Low-speed aerodynamic characteristics of naca 0012 aerofoil sections, including the effects of upper-surface roughness simulation hoar frost. NASA R & M 3726, 1970.), from the TMR are used for later comparison with SU2 results. These files can be found on the following website: https://turbmodels.larc.nasa.gov/naca0012_val.html.

The following tutorial will walk you through the steps required when solving for the turbulent flow over the NACA 0012 using the incompresible solver in SU2. It is assumed you have already obtained and compiled the SU2_CFD code for a serial computation or both the SU2_CFD and SU2_SOL codes for a parallel computation. If you have yet to complete these requirements, please see the Download and Installation pages.

This test case is for the NACA 0012 in high Reynolds number flow. It has become a classic test case for RANS solvers due to the simple geometry and large amount of available numerical and experimental data for this case.

This problem will solve the flow past the NACA 0012 with these conditions to match a Reynolds number of 6e6 based on a chord of 1 m:

For this tutorial, we will focus on the non-dimensional scheme used by the incompressible solver, which is slightly different from the compressible version. The non-dimensionalization scheme requires the input of 3 references values for density, velocity, and temperature (only needed if the energy equations is solved), i.e., rho_ref, v_ref, T_ref. The reference value for pressure is derived from these quantities as p_ref = rho_ref * v_ref * v_ref. Given these reference values, a consistent non-dimensionalization is performed for all variables. Furthermore, the scheme is constructed so that a dimensional calculation can be performed by setting all reference values to 1.0.

This method for setting similar flow conditions assumes that all inputs are in SI units, including the mesh geometry, which should be in meters. As described in the inviscid wedge tutorial, you can easily scale your mesh file to the appropriate size with the SU2_DEF module.

Don’t forget that SU2 will print all input dimensional values, the selected reference values, and the resulting non-dim. values to the console before the start of a calculation. This information is useful for verifying that the desired non-dim. has been set and also for re-dimensionalizion of outputs after the calculation.

To run this test case in serial, follow these steps at a terminal command line:

If SU2 has been built with parallel support, the recommended method for running a parallel simulation is through the use of the parallel_computation.py Python script. This automatically handles the domain decomposition and execution with SU2_CFD, and the merging of the decomposed files using SU2_SOL. Follow these steps to run the case in parallel:

Results for the turbulent flow over the NACA 0012 are shown below. The computed SU2 solutions are in good agreement with the published data from Gregory. In addition, the computed values for Cp and Cf for both angle conditions are nearly indistinguishable from the CFL3D results. 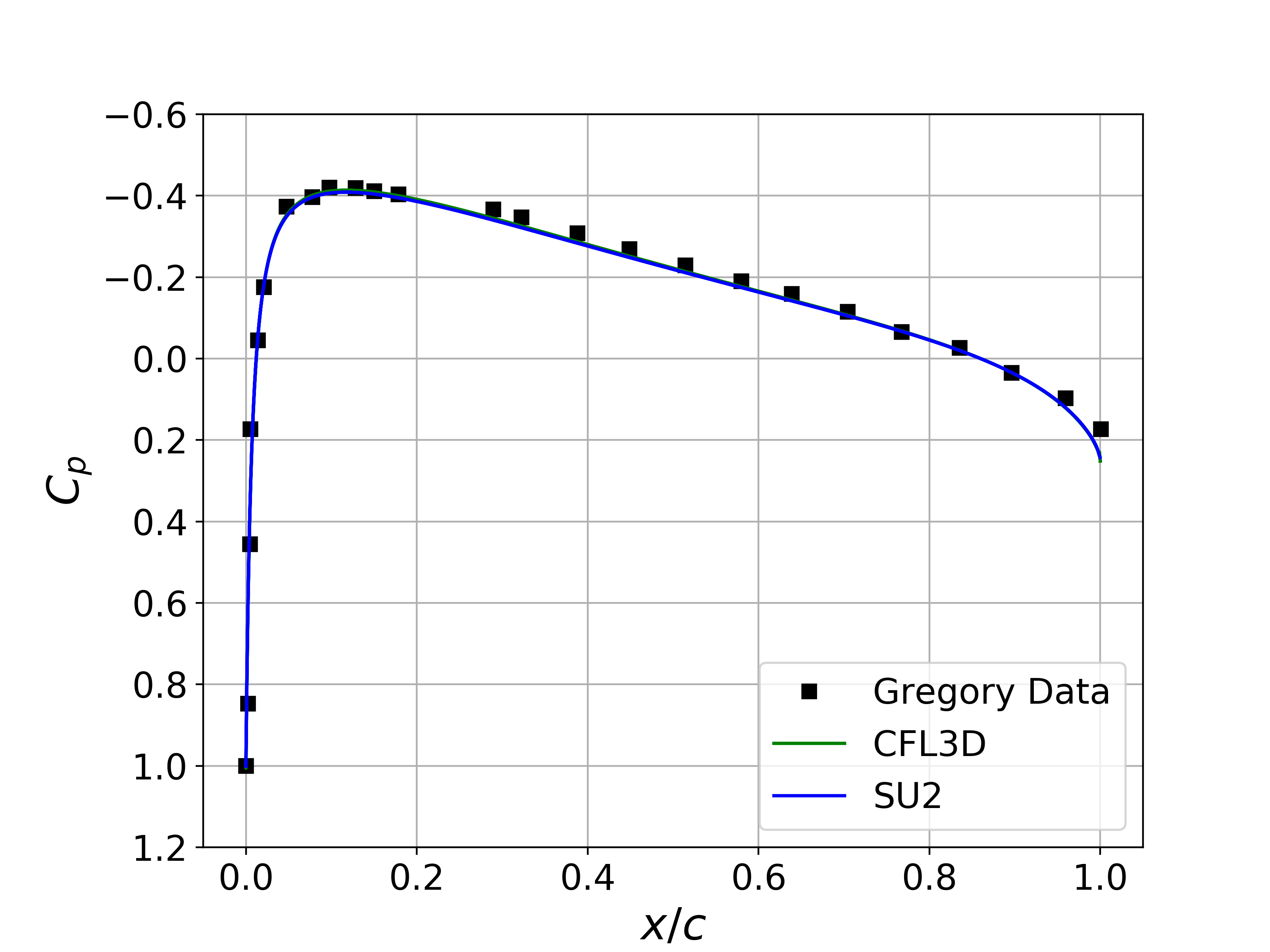 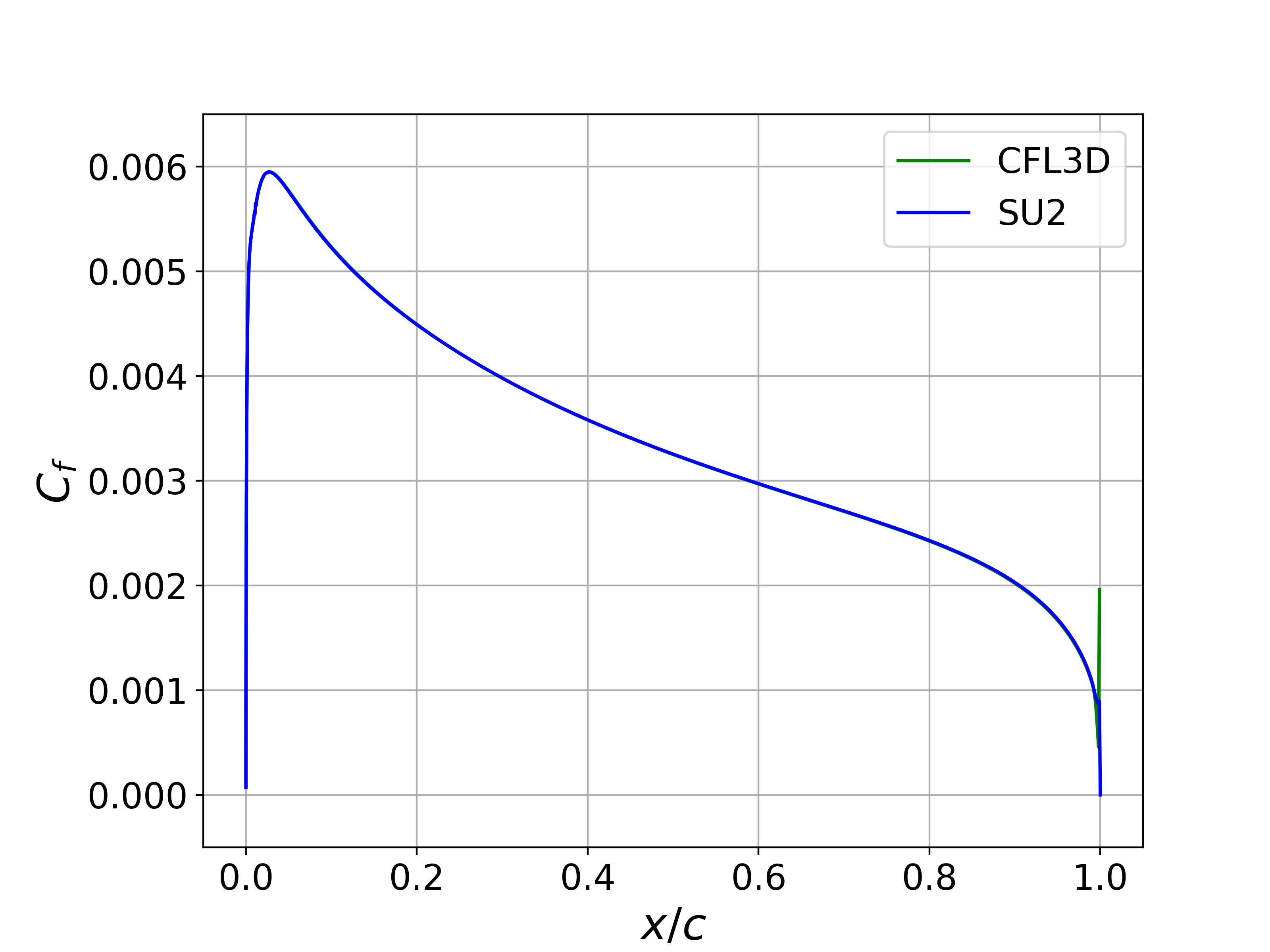 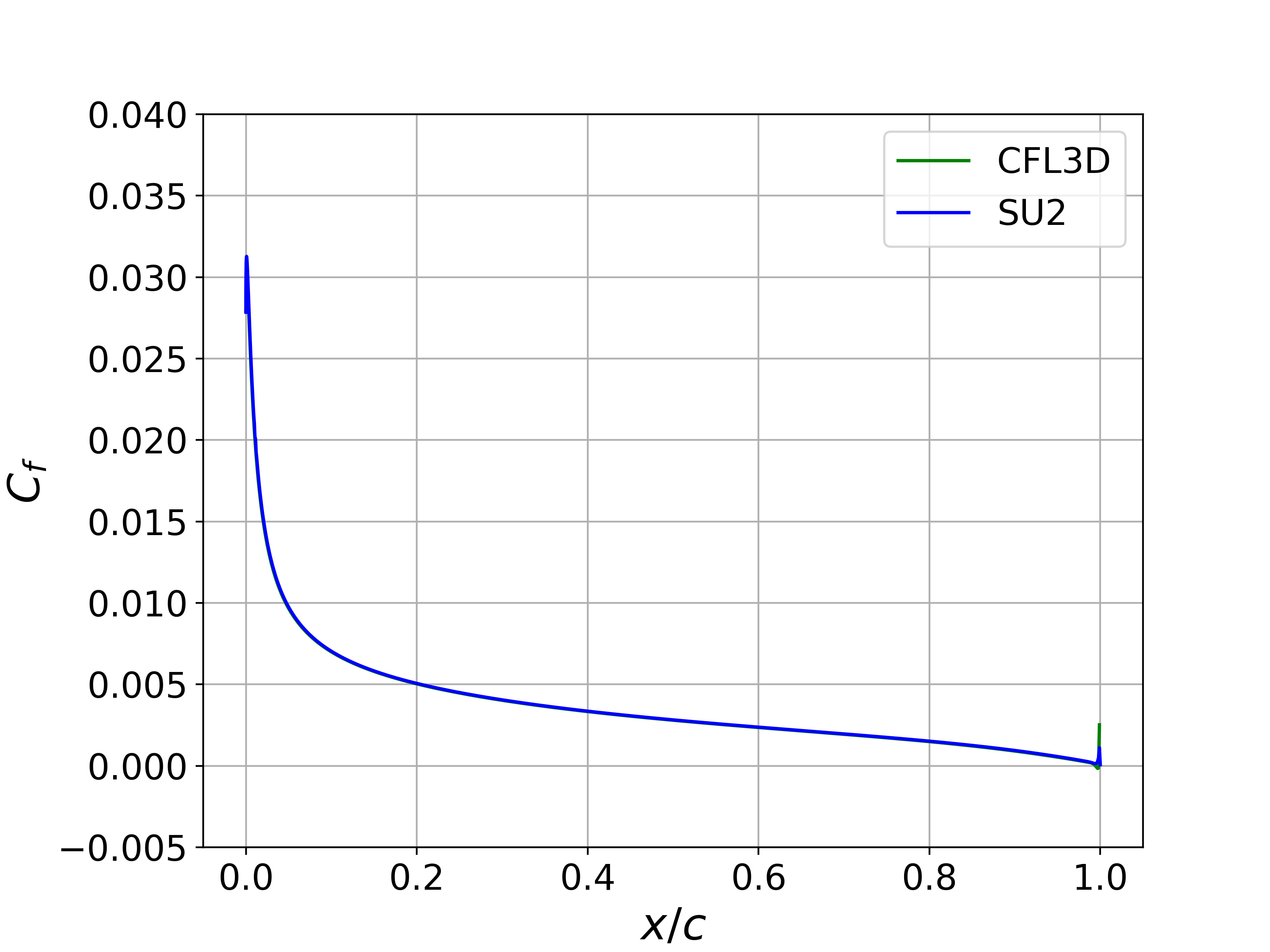