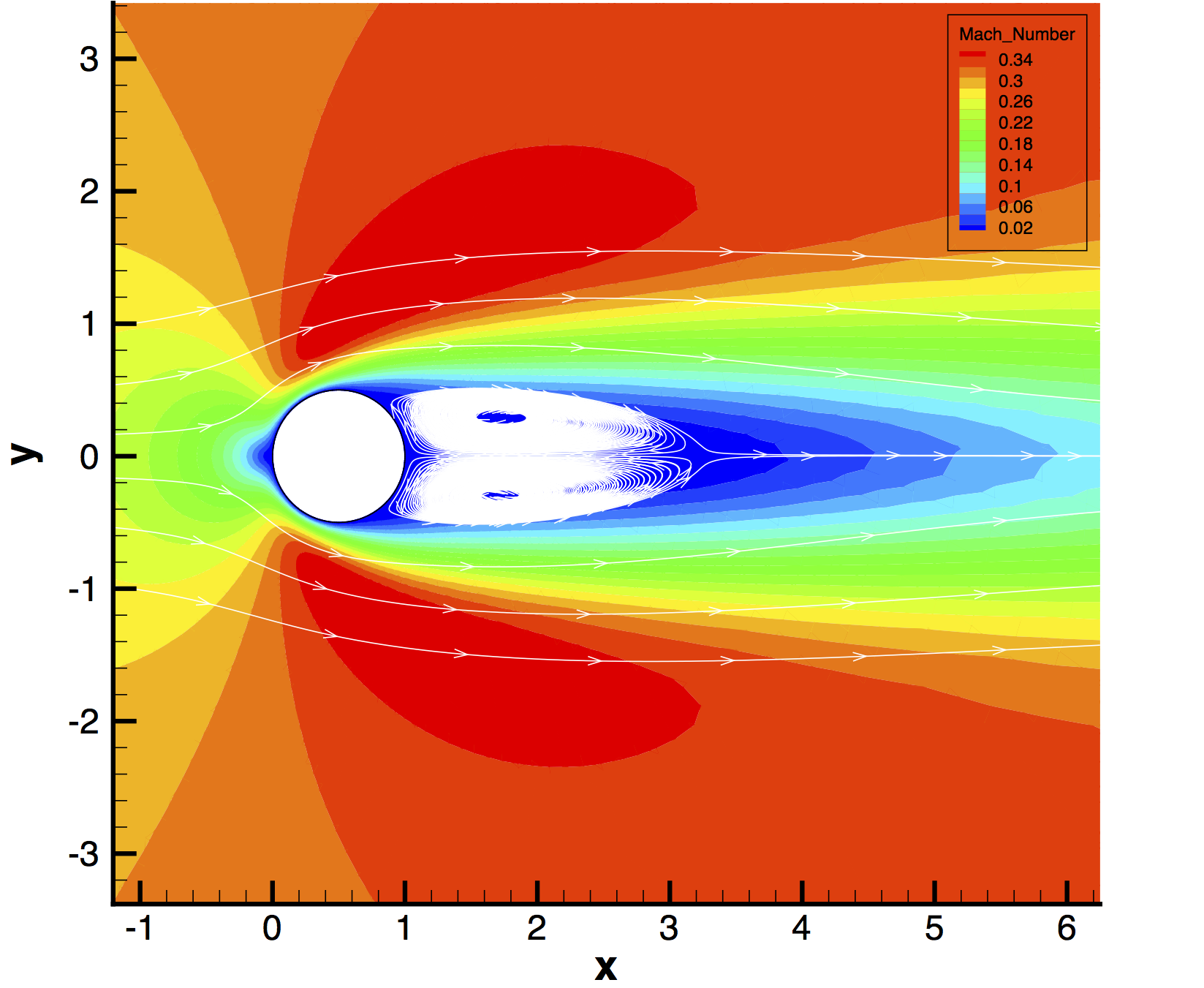 Upon completing this tutorial, the user will be familiar with performing a simulation of external, laminar flow around a 2D geometry. The specific geometry chosen for the tutorial is a cylinder. Consequently, the following capabilities of SU2 will be showcased:

In this tutorial, we discuss some numerical method options, including how to activate a slope limiter for upwind methods.

The resources for this tutorial can be found in the compressible_flow/Laminar_Cylinder directory in the tutorial repository. You will need the configuration file (lam_cylinder.cfg) and the mesh file (mesh_cylinder_lam.su2).

Experimental results for drag over a cylinder at low Reynolds numbers are reported in the following article: D. J. Tritton, “Experiments on the flow past a circular cylinder at low Reynolds numbers,” Journal of Fluid Mechanics, Vol. 6, No. 4, pp. 547-567, 1959. Note that the mesh used for this tutorial is rather coarse, and for comparison of the results with literature, finer meshes should be used.

The following tutorial will walk you through the steps required when solving for the external flow around a cylinder using SU2. It is assumed you have already obtained and compiled the SU2_CFD code for a serial computation. If you have yet to complete these requirements, please see the Download and Installation pages.

The flow around a 2D circular cylinder is a case that has been used extensively both for validation purposes and as a legitimate research case over the years. At very low Reynolds numbers of less than about 46, the flow is steady and symmetric. As the Reynolds number is increased, asymmetries and time-dependence develop, eventually resulting in the well-known Von Karmann vortex street, and then on to turbulence.

This problem will solve the for the external, compressible flow over the cylinder with these conditions: 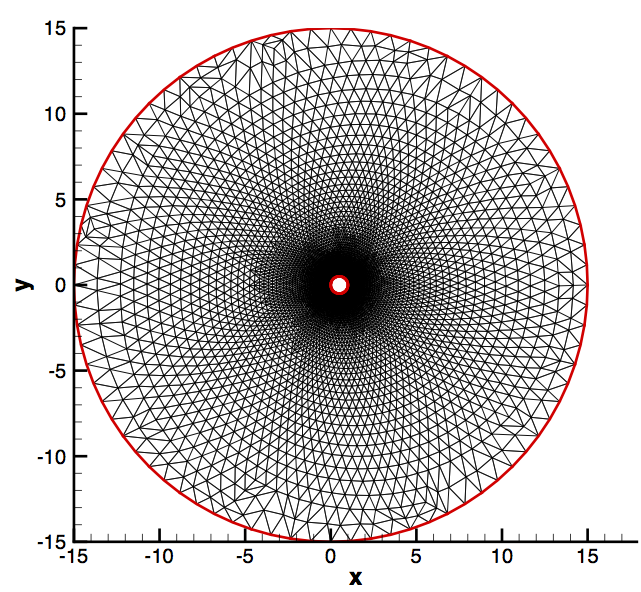 Figure (1): The computational mesh for the 2D cylinder test case.

The outer boundary in red is the far-field, and the small circle in the center is the cylinder which uses the Navier-Stokes Wall boundary condition.

Several of the key configuration file options for this simulation are highlighted here. This case exhibits exceptional convergence, given the combination of very aggressive CFL, linear solver settings, and multigrid. In this tutorial, we would like to highlight the options concerning the specification of convective schemes:

For laminar flow around the cylinder, we choose the Roe upwind scheme with 2nd-order reconstruction (MUSCL_FLOW = YES). This low-speed case is executed without a slope limiter. Note that, in order to activate the slope limiter for the upwind methods, SLOPE_LIMITER_FLOW must be set to something other than NONE. Otherwise, no limiting will be applied to the convective flux during the higher-order reconstruction. Limiting is not applicable if MUSCL_FLOW = NO, as there is no higher-order reconstruction, and thus, no need to limit the gradients. The viscous terms are computed with the corrected average-of-gradients method (by default). Several limiters are available in SU2, including the popular VENKATAKRISHNAN limiter for unstructured grids. It is recommended that users experiment with the VENKAT_LIMITER_COEFF value for their own applications.

Lastly, it should be mentioned that the MUSCL reconstruction and slope limiting apply only to the upwind schemes. If you choose one of the centered convective schemes, e.g., JST or Lax-Friedrich, there is no reconstruction process. JST and Lax-Friedrich are 2nd-order and 1st-order by construction, respectively, and the scalar dissipation for these schemes can be tuned with the JST_SENSOR_COEFF and LAX_SENSOR_COEFF options, respectively.

The cylinder simulation for the 13,336 node mesh is small and will execute relatively quickly on a single workstation or laptop in serial. To run this test case, follow these steps at a terminal command line:

The following results show the flow around the cylinder as calculated by SU2 (note that these were for a slightly higher Mach number of 0.3). 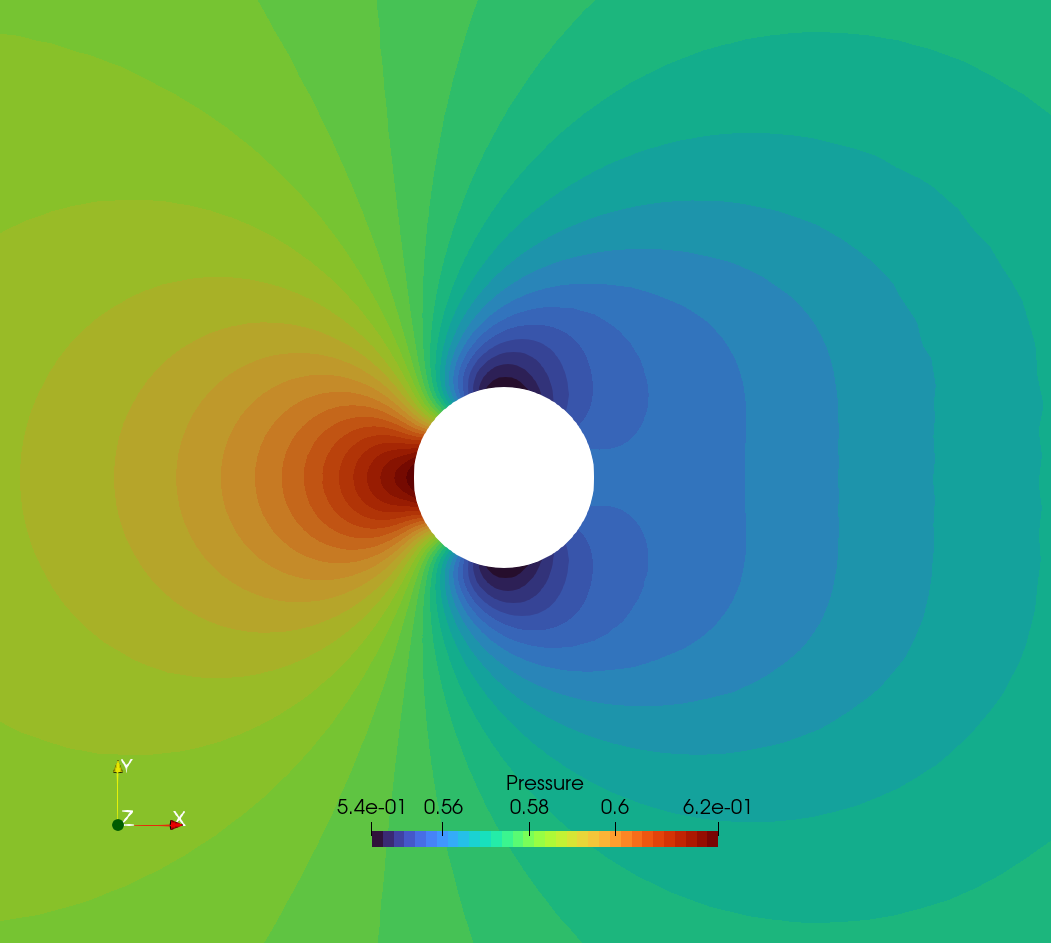 Figure (2): Pressure contours around the cylinder. 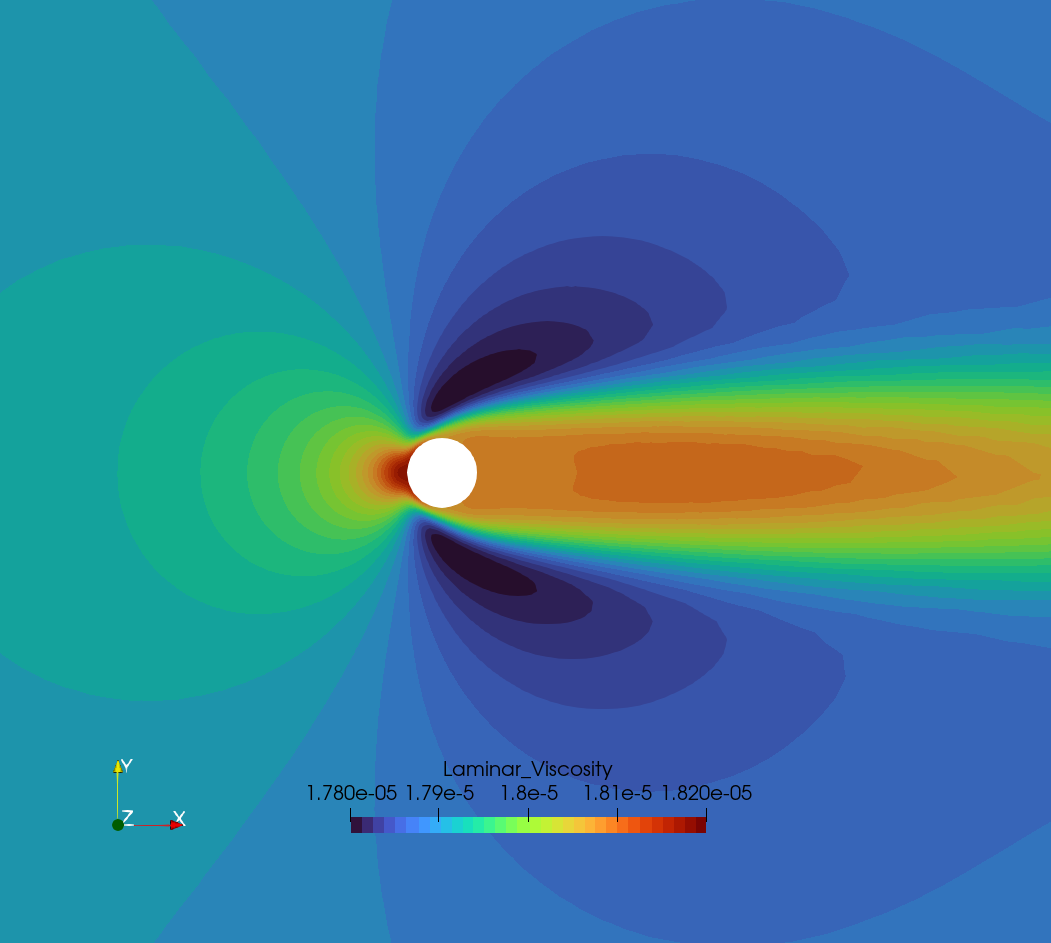